What’s in a mark? The process of painting lends itself to placing a trace or mark on the canvas and then reacting to that. As a process, I begin with a structure. The structure is a gestural grid that continues to be layered. There are no direct representational images in mind when I begin a painting, just the experience of placing marks on a page. I see painting as mark making, where my drawings become meshed into paintings. No longer in my mind is there a separation between the two. I am simply leaving a mark on the canvas. I am constantly thinking about how a trace is a mark left behind by something that has passed. Upon closer inspection, there is immediacy in my work as seen through rubbings, printing and using textural elements. I think of these marks as a memory of what was used in making the marks, but not literally having the mark-maker in the piece itself. However, string has become that mark-maker which is directly referred to on the canvas, or indirectly through the string’s own path. Instead of simply making the mark in my paintings through a gestural line, the string has become that lyrical line that I can physically move around and leave it’s trace imbedded in the surface forever. 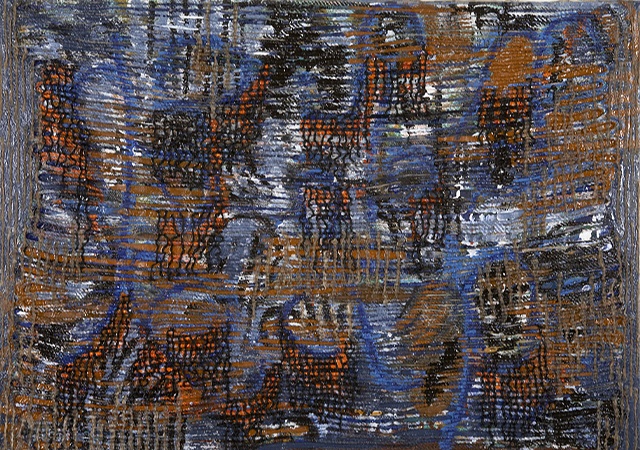 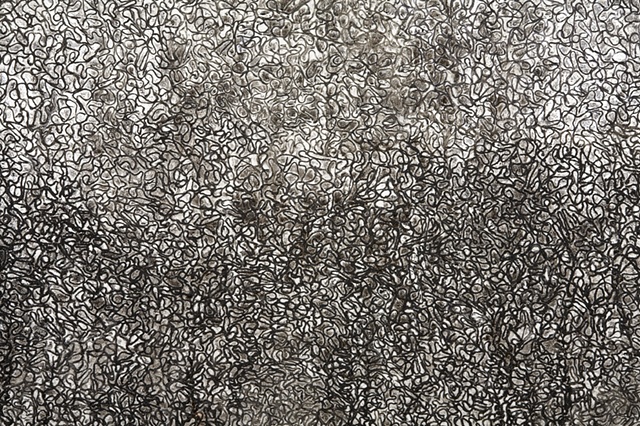 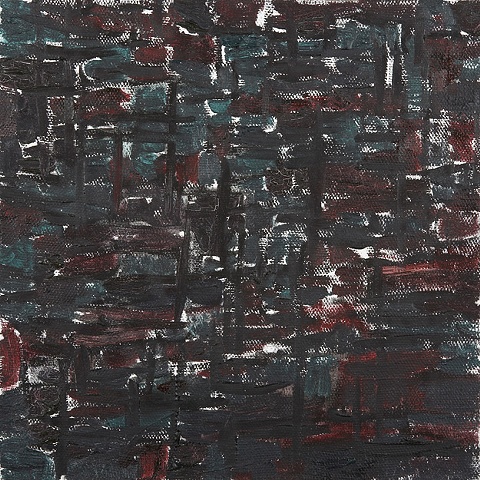 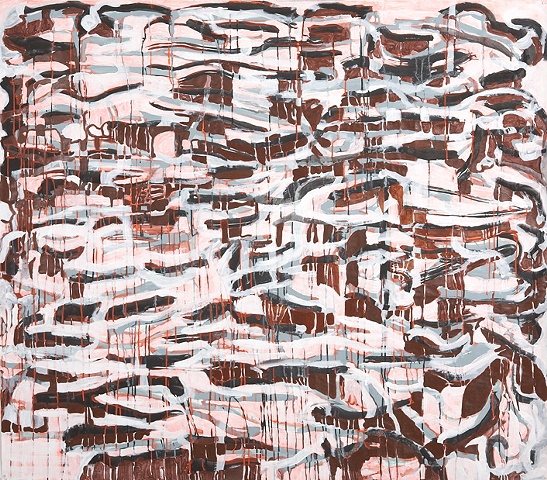 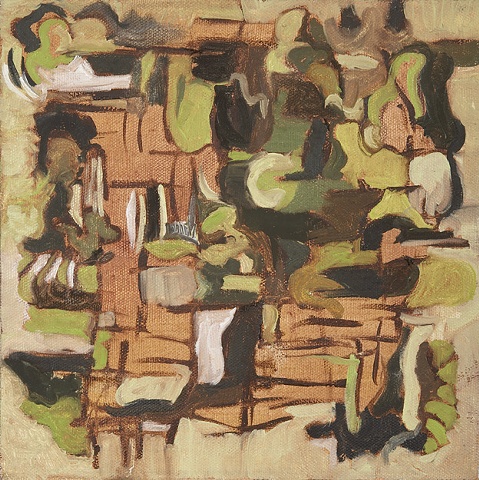 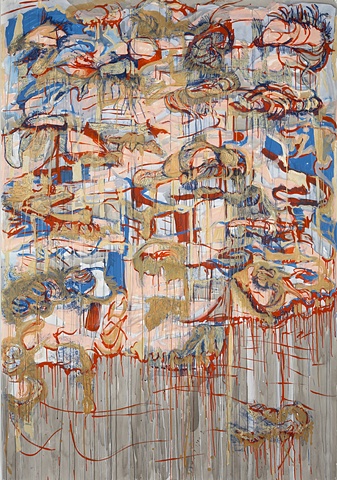 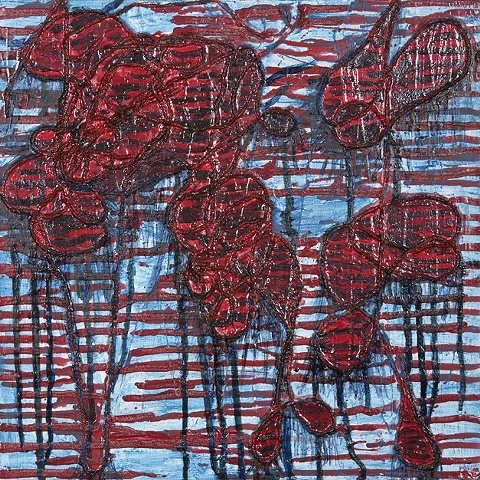 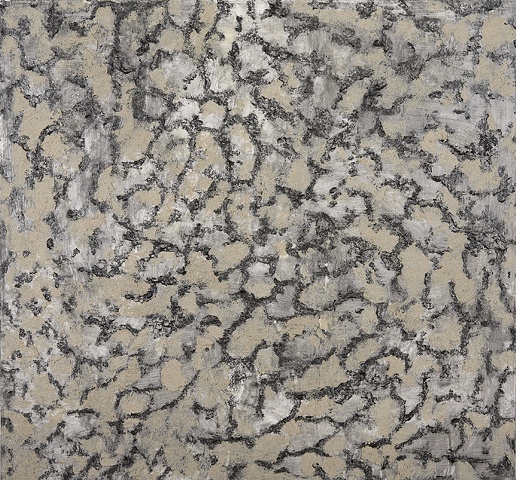 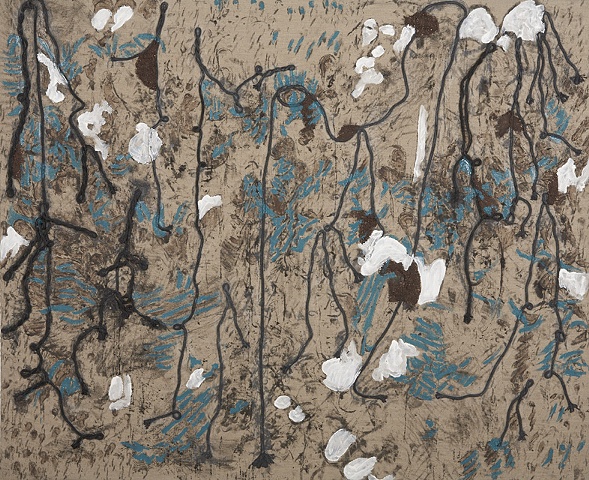 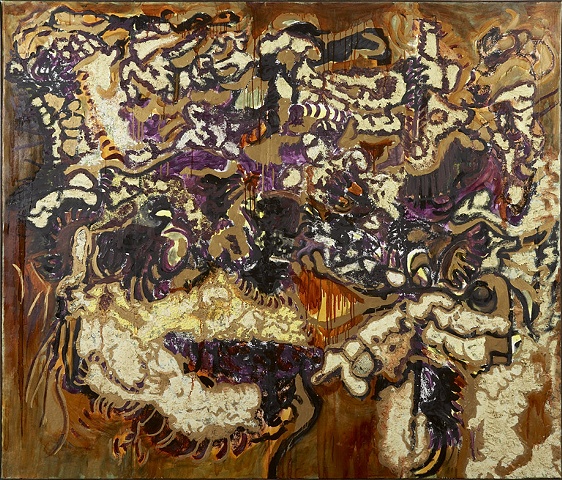 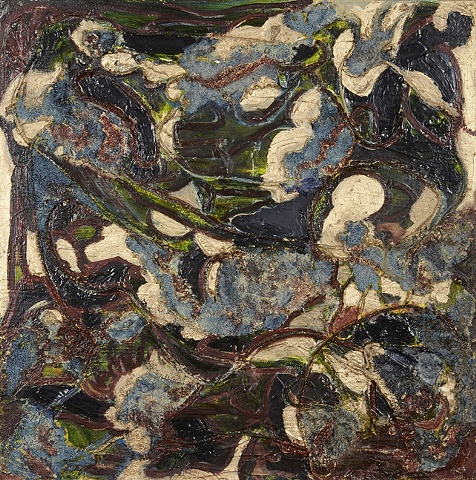 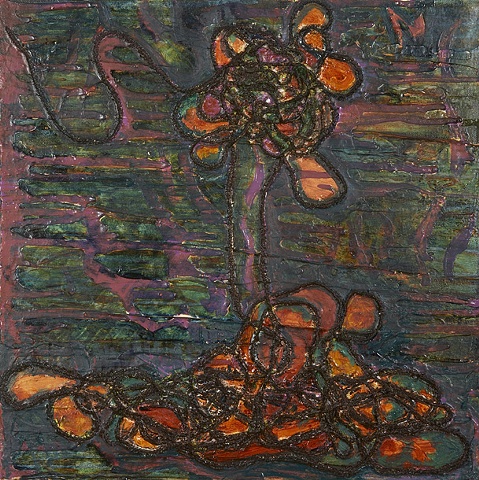 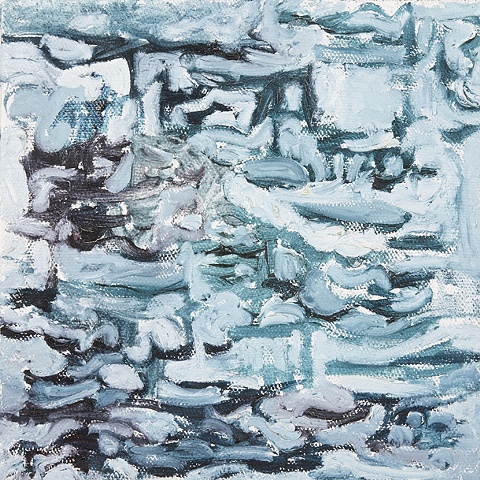 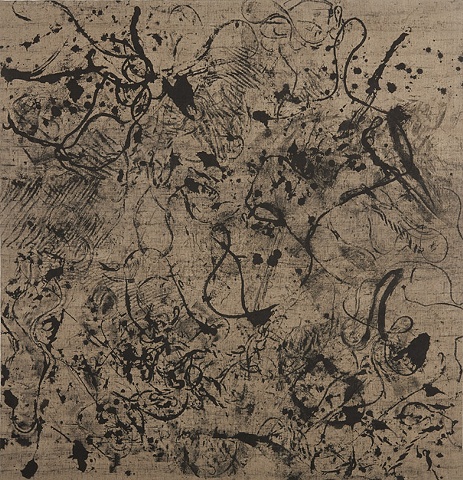 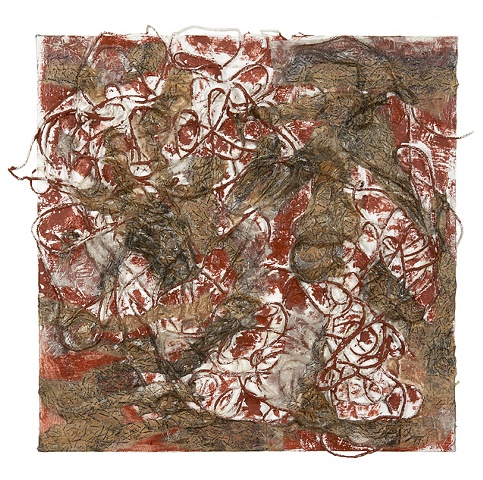 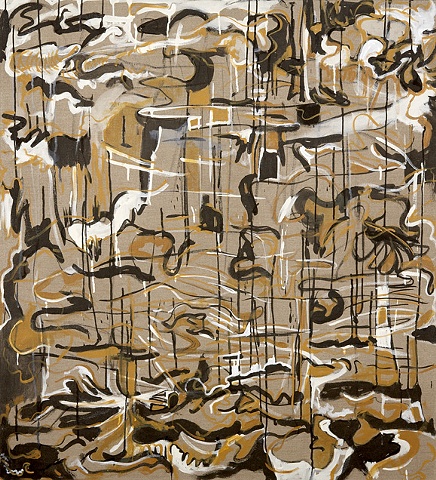 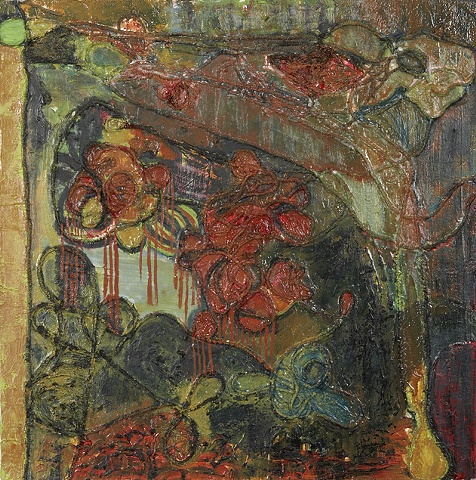 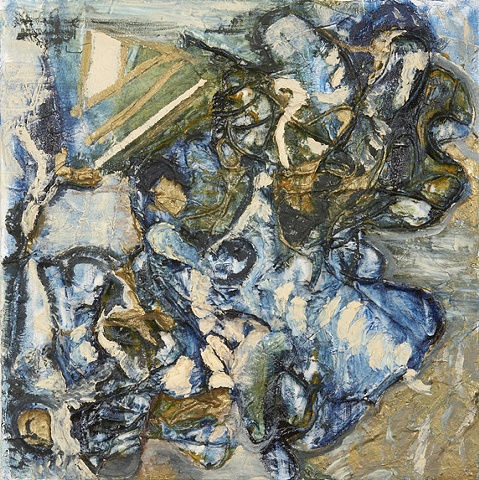 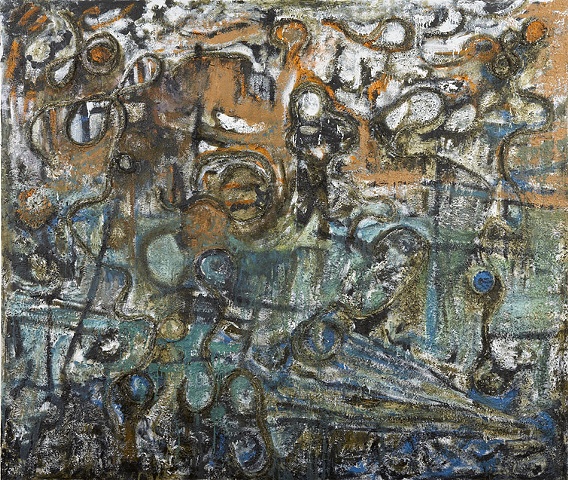